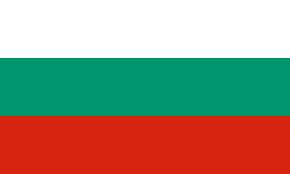 The new amendments to the Labor Code (SG 105/2016, in force as of 30.12.2016) accepted changes in the posting regime in the Bulgarian legislation. Until now, posting has been regulated in Art. 121 of the Labor Code, as well as in the Ordinance on the missions in the country (NKS) and the Ordinance on Business Travel and Specialization Abroad (NSKSC). The secondment was only through the unilateral wishes of the employer – an order that temporarily changed the employee’s place of work.

The revoked normative texts are:

– Ordinance on the terms and conditions for the posting of workers from the Member States or of third country workers in the Republic of Bulgaria in the framework of the provision of services.

The new legislative texts governing the secondment are:

– Chapter Twenty in the Labor Code – “Administrative cooperation through the Internal Market Information System and cross-border enforcement of imposed property sanctions and fines;

– Ordinance on the Terms and Procedure for Posting and Sending Workers in the framework of Provision of Services (NURCRISP).

According to the new texts adopted, the difference between secondment and posting is that the secondment is carried out by an employer under whose direction the employee or employee is employed.Sending on the other hand is carried out by an enterprise that provides temporary work (Temporary employment companies) in a user enterprise, under the rules of Chapter Five, Section VIII “c” of the Labor Code.

The cases in which the previous order provided in Art. 121 of the Labor Code and the Ordinance of employment and specializations in abroad are for secondment in non-EU or non-EEA countries or the Swiss Confederation, as well as posting for trainings, specializations, workshops, conferences and all other cases on which the posting does not fall under the regulation of Art. 121a of the Labor Code.

The newly adopted texts in Art. 121a of the Labor Code introduce in the legislation three separate hypotheses concerning the posting or sending of employees from Bulgarian enterprises to other EU Member States. The first one is the posting of workers and employees in the framework of providing services under the rules of Art. 121a, para. 1, item 1, letter “a” of the Labor Code. In this type of posting in the framework of the provision of services a Bulgarian employer posting a worker or employee with whom he has an employment relationship for the entire period of the posting, at his own expense and under his direction and control, on the territory of another EU Member State party to the Agreement on the European Economic Area or the Swiss Confederation for the performance of a particular work to be determined on the basis of a contract concluded between the seconding undertaking and the user of the services. It is apparent from the above that posting in the context of the provision of services has a complex factual composition, all of which must be examined in the case of a secondment abroad in order to determine whether the hypothesis is applicable. A very important element is the study of the contract between the employer who secondes the employee and the user of the services. The employer shall second the employee for the purpose of doing economic activity in another country. The easiest example to describe the hypothesis above is the signing of a contract by a Bulgarian employer, whereby he is a subcontractor of an enterprise in another Member State, and on the basis of this contract he is sending his employees. Another hypothesis would be domestic helpers who are seconded by Bulgarian enterprises to carry out their work in households abroad.

The second hypothesis governed by Art. 121a, para. 1, item 1 (b) refers to the posting of an employee in an enterprise of the same group of undertakings. In the case of this type of secondment, a Bulgarian employer secondes an employee who is in an employment relationship for the entire period of secondment to an enterprise operating in the territory of another EU Member State that is a party to the Agreement on the European Economic Area or the Swiss Confederation, the two undertakings being in one group of undertakings. A definition of a “group of undertakings” is available in the Additional Provisions of the Labor Migration and Labor Mobility Act, these being two or more related enterprises where one enterprise in respect of the other enterprise: directly or indirectly holds a preponderant share of the subscribed capital of the second enterprise; controls the majority of the votes associated with the share capital issued by the second venture; has the right to appoint more than half the members of the administrative, management or supervisory body of the second undertaking or the undertakings are under the single management of the parent undertaking. Information about whether they are in a group of companies can be found in the Commercial Register by viewing the announced acts of ownership and management of the enterprise.

Upon secondment in the above mentioned two hypotheses, settled in Art. 121a, para. 1, item 1 of the Labor Code, it is necessary for the employer and the employee to have an agreement for amendment of the employment relationship, the grounds and requisites of which are specified in the Ordinance on the terms and conditions for posting and sending of employees in the provision of services .The agreement is obligatory in writing form and is concluded before the date of the posting abroad. The duration of the agreement shall be for the entire period of secondment, including holiday, holiday and travel days. It is important to note that the agreement is to amend an existing employment relationship.

In the posting agreement, it is necessary to agree on the following elements of the employment relationship:

The agreement must be in Bulgarian.  In addition to informing the posted person about the conditions in which he will work, the document will help him / her defend his / her rights if he / she needs to work, as employees can only claim to GI and the court, only for the written terms. People looking for work abroad should also be careful if the enterprise that is posting them develops similar activities in Bulgaria. A signal of fraud is when an employer hires persons only to post them without doing business in Bulgaria.

The register of licensed enterprises providing temporary work is public and can be viewed on the Employment Agency’s website.  In order for a jobseeker to be sent to a user undertaking, he must conclude an employment contract with the VIC.   The new regulation lays down special requirements for the content of this employment contract, which overlap with the requirements of the posting agreement.  Before a foreigner leaves, the worker must be served with an act of sending.  The employment contract should meet the requirements of Art. 66, para. 1 of LC, Art. 107p, para. 1 of LC, and Art. 3 of the Ordinance on the terms and conditions for the posting and sending of employees in the provision of services.  Before the worker is sent, the act of sending under Art. 107c, para. 2 of LC.

However, the new provisions do not apply to posting in countries outside the European Union, as well as on business trips, posting for training, specialization, workshops, conferences, etc. The current order for posting, regulated in Art. 121 of the Labor Code and in the Ordinance on official missions and specializations abroad.

In Art. 3 of the Ordinance on the terms and conditions for the posting and sending of employees in the framework of the provision of services, special requirements are laid down for the content of the contract of employment which are mandatory when sending an employee to a user undertaking in the territory of another Member State of EU. In the employment contract, the amount of the salary, the overtime allowance, the working day and week duration, the daily, weekly and weekly rest periods and the official holidays in the host country, the amount of paid annual leave and the cost of accommodation.

Important elements to be taken into consideration in this type of mission are salary, which must not be below the minimum in the host country, the establishment of the holiday regime and the negotiation of the cost of accommodation for the employee abroad.

The new forms of secondment or posting, a different mode of taking over the travel, daily and accommodation money from the existing NSKSC has been introduced. Under these hypotheses, the employer, respectively the POVR, has no obligation to pay daily money. At the expense of daily money, the employer and the worker should reach a wage agreement for the period of secondment, which may not be below the minimum set in the host country. Accommodation costs may be borne by the employer or remain at the expense of the employee, but they must be negotiated in the supplementary agreement (on posting) or in the employment contract (upon posting). Travel costs to the place of work abroad and vice versa, as well as the use of paid annual leave, are entirely at the expense of the employer who can not reach agreement with the worker to the contrary.

According to Art. 6, para. 4 of the NURCRIPR, the employer or the undertaking providing temporary work is obliged to charge and pay to the employee the agreed remuneration but not less than the minimum wage or the minimum rates of pay established for the same or similar work in the host country for the entire period of secondment or posting. If, until now, the parties were under an obligation to negotiate minimum conditions (121 (3) and 4 (4) of the Labor Code), the new text requires the employer to charge and pay to the employee, regardless of the agreed minimum wage / rates established in the host country. The implementation of the new posting requirements in the framework of the provision of services is independent of the duration of the posting.

The amount of the minimum wage in the host country is determined in a different way, according to the legal framework in it. It is defined by legal or regulatory acts as well as by administrative provisions, collective agreements or arbitration awards adopted as generally applicable in the respective country. It should be noted, in particular, that in six EU Member States there are no minimum wages, such as Austria, Cyprus, Denmark, Finland, Italy and Sweden. More information on the minimum conditions in each country can be found on the national  websites of the countries concerned, based on Art. 5 of Directive 2014/67 / EU and with published links:

as well as on the website of the EA “General Labour inspectorate”:

According to Art. 8 from NURKIRSRPU, the employer, respectively the undertaking providing temporary work, shall inform the employee in writing in advance of the conditions of work in the host country published on the official national official website of the respective state not later than one business day prior to the start date of the secondment, respectively the date set for his / her employment in the user enterprise. This ensures that the employee is informed, as well as the ability to monitor their observance during the secondment or posting.

The amendments already provide that the provision of at least the minimum wage for the host country is due from the first day on which the employee started work abroad in the framework of the provision of services. Before the change, the minimum wage for the host country became compulsory on posting for more than 30 days. However, an employer who has sent a worker to an EU country does not owe money for daily expenses.