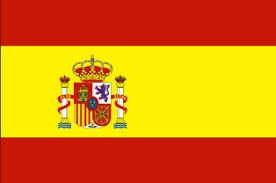 By analogy with the case filed in the TA of the NSSI – Smolyan and the TA of the NSSI, Plovdiv sent to EA “Labor Inspectorate” a request for information on the establishment of the posting of the persons referred to in this letter on the territory of the country by the employer ” SERV.AGRICOLAS LYUBO “, including whether the same as an employer or an undertaking providing temporary work from a Member State or from a third country has notified Executive Agency “General Inspection”, according to the provision of Art. 12, para. 1 of the Ordinance on the terms and procedure for secondment and dispatch of employees in the framework of provision of services by submitting an application in accordance with Annex No. 2 of this Ordinance, at the latest on the beginning of the provision of the services.The information requested and the documents collected on the case have been submitted to the NSSI-TP-Plovdiv and in addition information has been submitted that on the occasion of the new persons mentioned in the letter we have made a new inquiry through the Internal Market Information System (IMI) ) to the Labor and Social Security Inspectorate in Spain with a request for verification of the Spanish company and for clarification of this case. IMI received a response from the Labor and Social Security Inspectorate of the of Spain. In the answer of the Spanish Inspectorate, it is firmly stated that for workers it can not be considered that there is a posting because it has been proved that the Bulgarian citizens only visited Spain, requested an ID for a foreigner, made them a labor contract, registered in Spain, but they did not work in Spain.