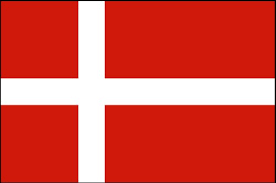 The biggest case on violation of posted workers in Denmark is in regard to the building of the new Subway in Copenhagen. The Danish Union, 3F, have won two cases against foreign companies working on the subway in Denmark, who have treated their employees below the Danish standards and legislations.
– The first case, was the Portuguese concrete company, Cinterex, who underpaid their employees and caused social dumping. Some employees got paid as little as 45 DKK an hour, no matter which day of the week or which hour of the day. 3F won the case and 45 employees will receive 9,5 million in reimbursement. Cinterex has since went bankrupt, thus Copenhagen Metro Team, who are the lead entrepreneurs will have to pay the employees the 9.5 million DKK.
– The second case, was against an Italian company, Cipa, who was accused of social dumping. They had set the salary in accordance with the law, but forced the employees to work longer hours, meaning the real hourly pay was lower than promised. The company is required to pay 22 million DKK for atonement and outstanding payments, because it had underpaid several of its Romanian, Polish and Italian employees.

A recent case of violations against posted workers and their rights in Denmark is the case about Philippine truckdrivers in the southern part of Denmark. Who got a low salary, had long working hours and terrible living conditions.

Almost 200 Philippine truck drivers were living in slum like conditions and receiving an extremely low salary, equivalent to 15 DKK an hour in Denmark. The truckdrivers where employed by a Polish subsidiary, HBT Transport Internationale, to the Danish haulier Kurt Beier, which is why they have ended up in Denmark. The truck drivers were living in a container and sleeping on thin matrasses on the floor, they cooked their food outside and had four toilets to share. All which are substantially below the Danish standards. The Danish trade union 3F together with the Philippine truck drivers are fighting for a decent salary and living standards, before the truck drivers will get behind the wheel for Kurt Beier again.

Difficulties with integration of young migrants and refugees into the European labour market.